On a recent safari to Lower Zambezi National Park, which I guided for Essential Africa Guided Safaris, the clients and myself were treated to amazing wildlife sightings. Having just flown in from South Luangwa National Park, where we were witness to a number of memorable animal encounters thanks to two very enthusiastic and knowledgeable local guides, everyone was on a safari high and overly excited about what this last leg of the safari would produce.

We were collected from the Royal Airstrip and after a short road transfer to the park headquarters, we climbed onto one of the larger pontoon boats and made our way to our amazing accommodation for the next four nights, Chiawa Camp. Our boat transfer took us past huge numbers of hippopotamus and some sizable crocodiles.

We arrived at camp in time to sit down to a delicious lunch after which everyone were shown to their cabins. Following a little bit of downtime, we jumped right back into safari mode as we set off on our first afternoon game drive in the Lower Zambezi NP. 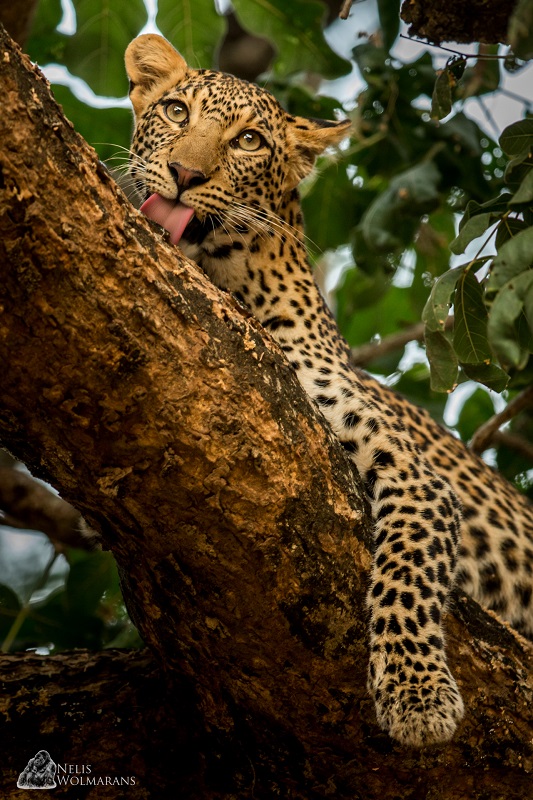 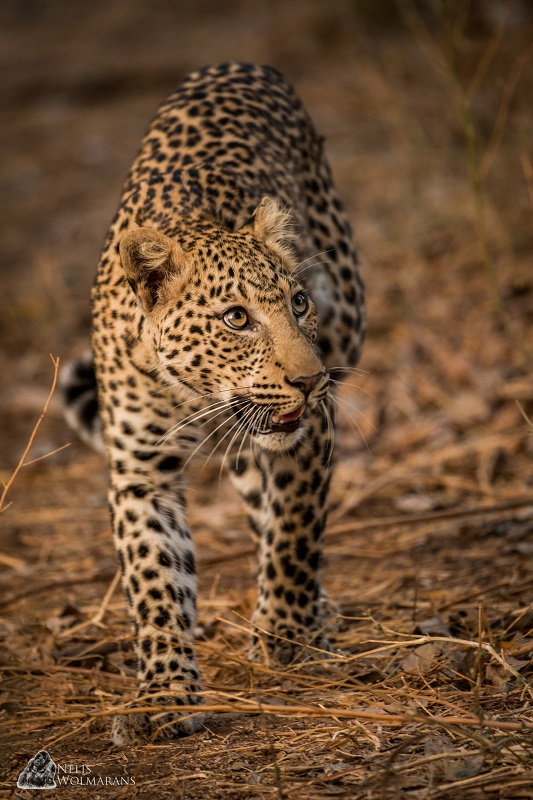 There were no doubts that it was going to be an amazing outing, but none of us expected five different leopards on this first afternoon safari! Wow!!! These cats were so well habituated to the safari vehicles that they would wander within touching distance from the car. 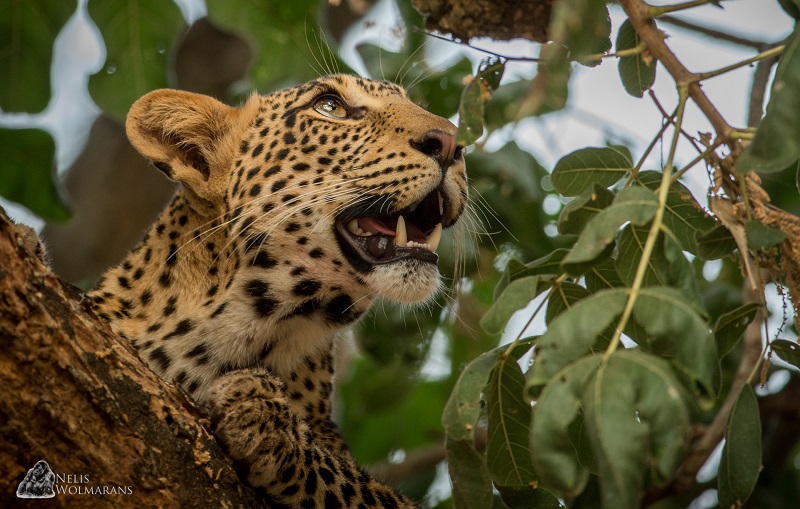 We were fortunate enough to be guided by the owner of Chiawa and Old Mondoro Camps, Grant Cumings. Grant’s expert knowledge of the wildlife and of course the terrain enabled us to get into these incredible sightings with no time wasted and in the best position from where to view and photograph. 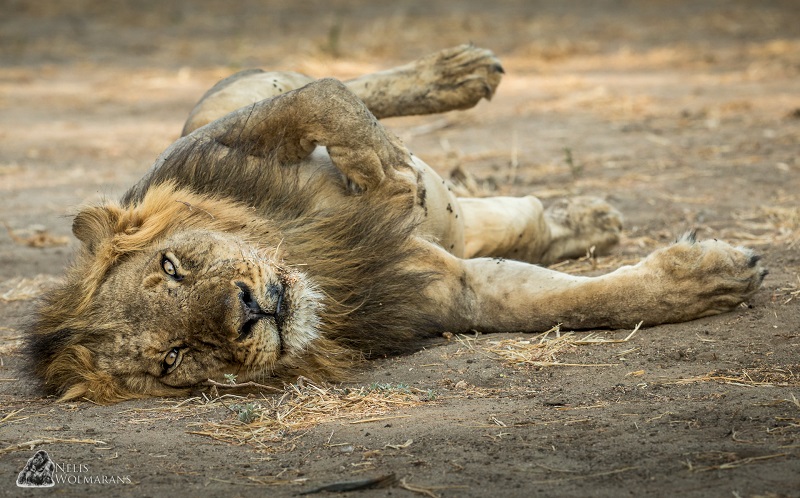 Day two of our safari was no exception, our morning started off with more leopards and from there into an awesome lion sighting. This chap must have travelled a fare distance the night before as he seemed pretty exhausted! Not far from where we left the lion, we found an old Cape Buffalo bull, who have surrounded himself with a fresh green salad. 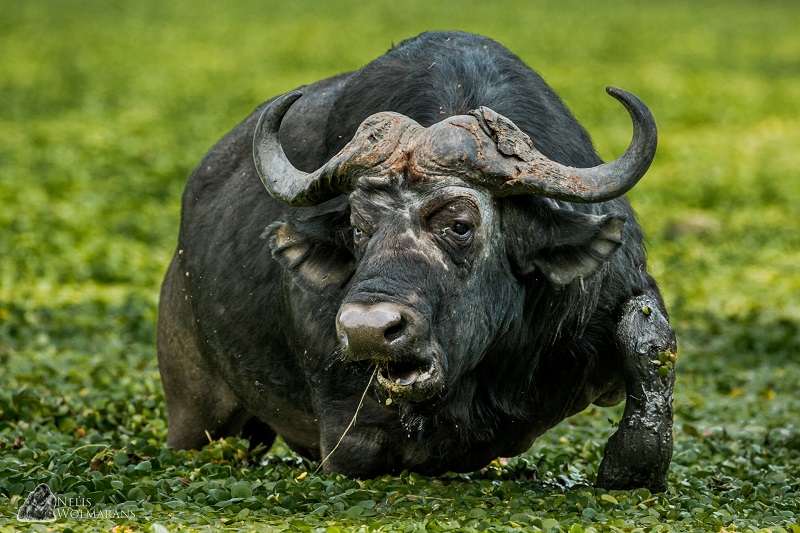 This is a species for which I have the utmost respect, especially these older fellows which have separated themselves from the main breeding herds and now travel as either an individual or in small, males only groups. Armed with a bulletproof headgear, terrible sense of humor, enough strength to turn over a family size sedan and the bodyweight to back this up, these old boys are best left alone, especially when on foot. 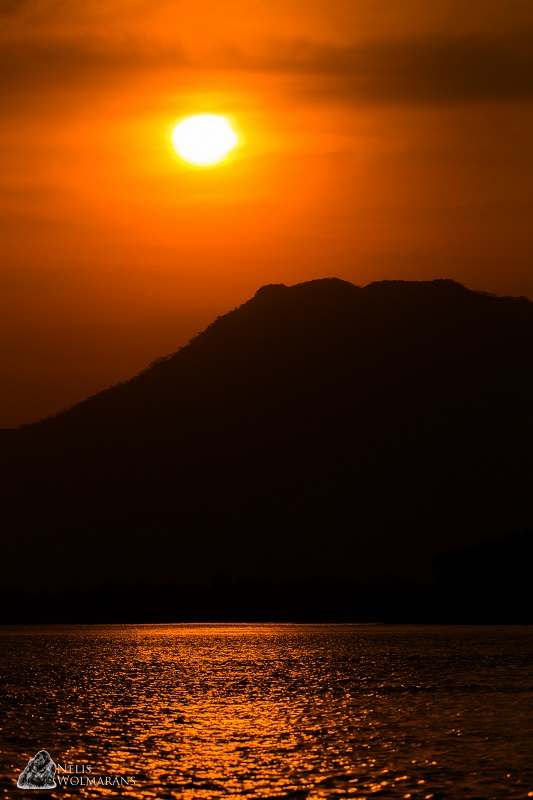 We ended the day floating on the Zambezi River with a refreshing beverage in hand, staring at a true Africa sunset.

Our following morning drive started off with the usual yawn, as one does early in the morning… 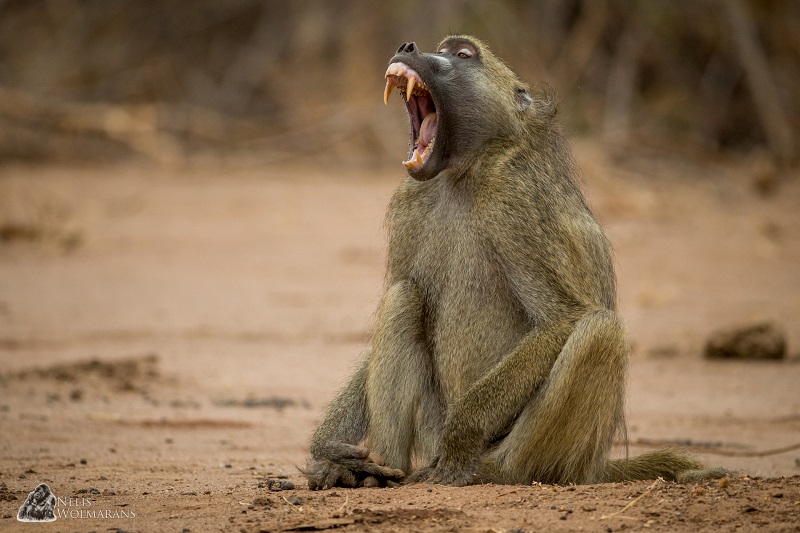 From there it progressed into something less usual. You just have to love nature and all that she throws at you. 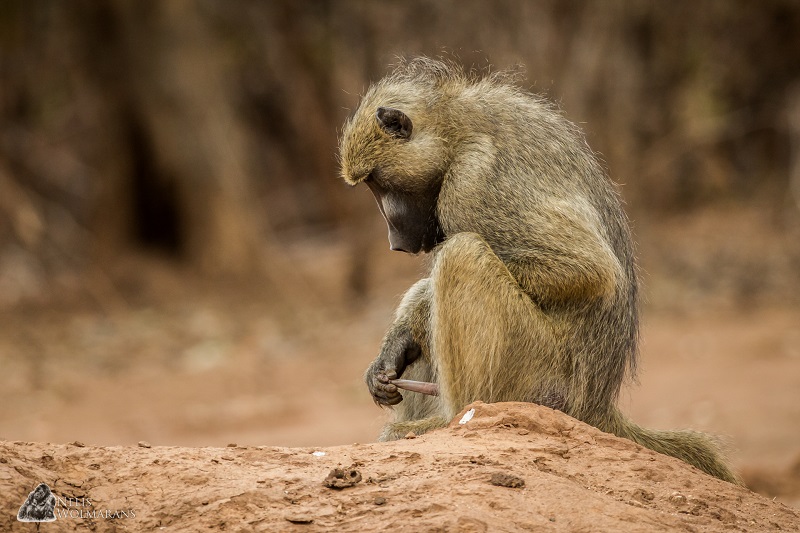 We continued our morning drive and stumbled upon a rather large herd of Cape Buffalo. Unlike the lone bulls, your breeding herds are generally much more tolerant of people and more so of the safari vehicles. There is something about large numbers of animals that excites the mind.

Our main objective for this mornings’ game drive was to try and locate two female lions who were seen moving through the area much earlier in the morning. Sadly, we were unsuccessful and decided to give it one more attempt during our afternoon excursion. On our way back to the lodge we encountered a beautiful large elephant bull. His confident body posture begged for a photograph, so I obliged. 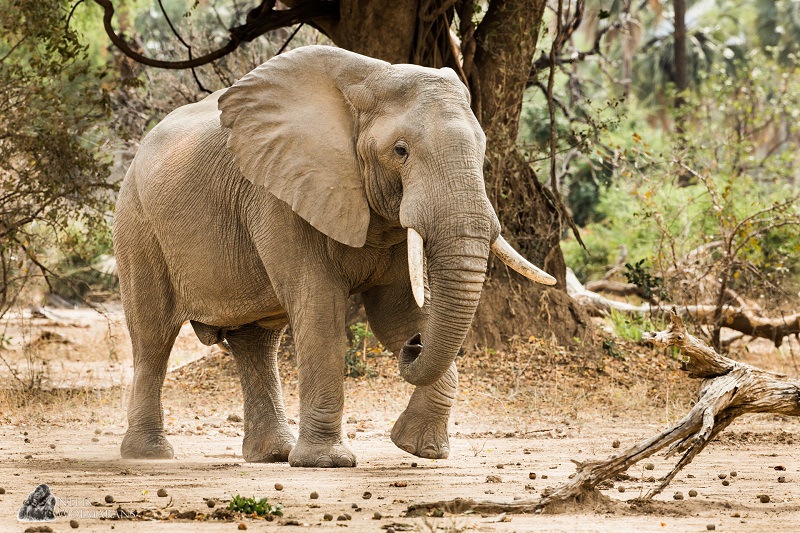 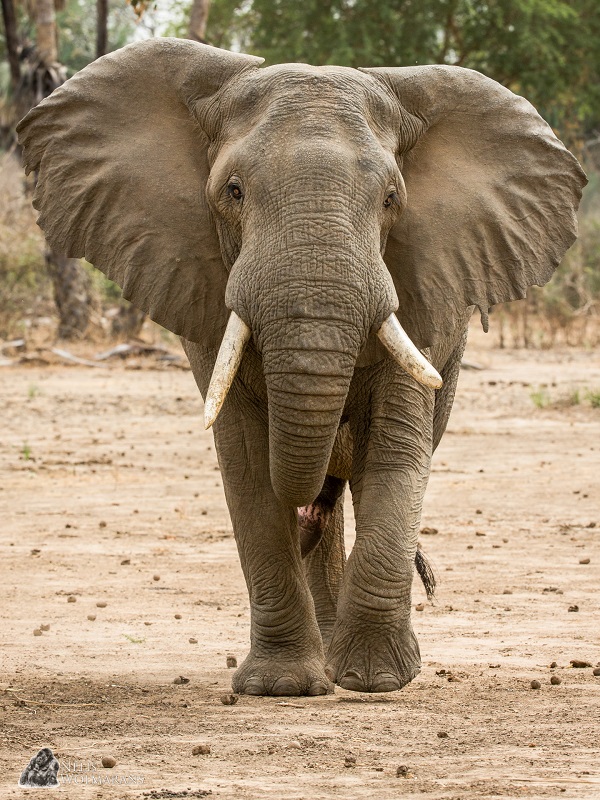 As we decided to conduct our afternoon search in one of the more remote and further removed areas from the lodge, we left earlier than usual. It was still warm and majority of the wildlife moved into some of the thicker vegetation for shade. With not too much to stop for along the way, we reached our intended area earlier than expected, which in turn gave us more time to thoroughly comb the area for tracks or any other signs that would lead us to the lions’ location.

The bark from a large baboon caught our attention and we decided to investigate. Luck was on our side, we found the lions! It soon became clear that they were being harassed by tsetse flies. The tsetse flies were making life pretty miserable for the two females. One female decided to get up off the ground in an attempt to escape the biting insects. Unfortunately, her plan proved rather unsuccessful as the branch she chose did not give her enough elevation. 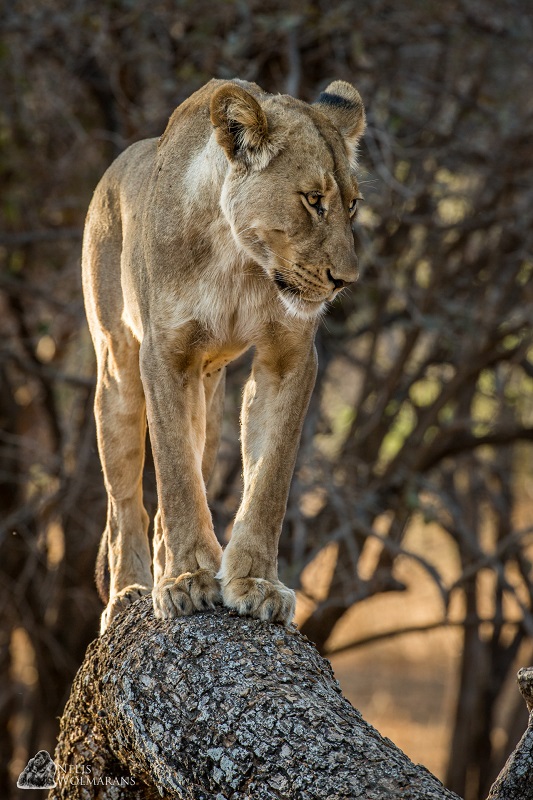 Having had enough, the lions moved off in irritation hoping to avoid further pestering from the tsetse flies. The whole scenario was rather entertaining, watching the largest predator loose its dignity to a small insect. It was only when the lions were able to elevate themselves enough in one of the more accessible trees, that they were able to find peace. 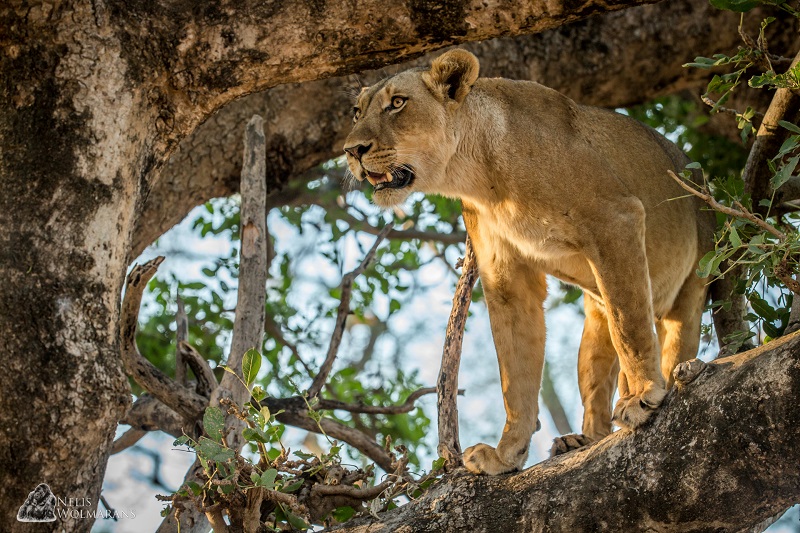 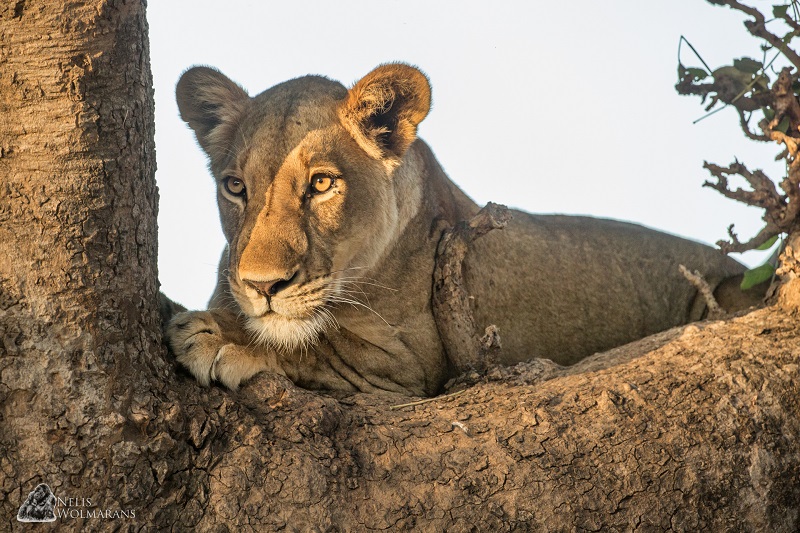 And thus, our final afternoon game drive proved to be most successful and ended our Zambia safari on a high note.