We awoke this morning to the haunting bellows of two hippo bulls fighting in the river below camp, everyone quickly gathered their equipment and made their way to the wooden deck overlooking the Mara River. Below us the resident dominant bull was being challenged by another bull. This newcomer had moved into the area during the night. 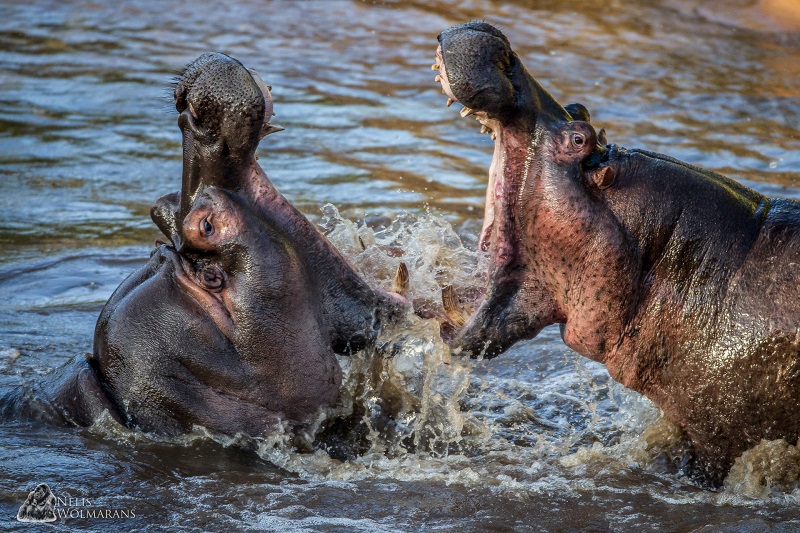 These encounters can either be over within minutes or can go on for hours depending on the determination and stamina of the contestants. The sheer force with which these animals lunge at each other is unbelievable, as if the laws of resistance did not apply to them. 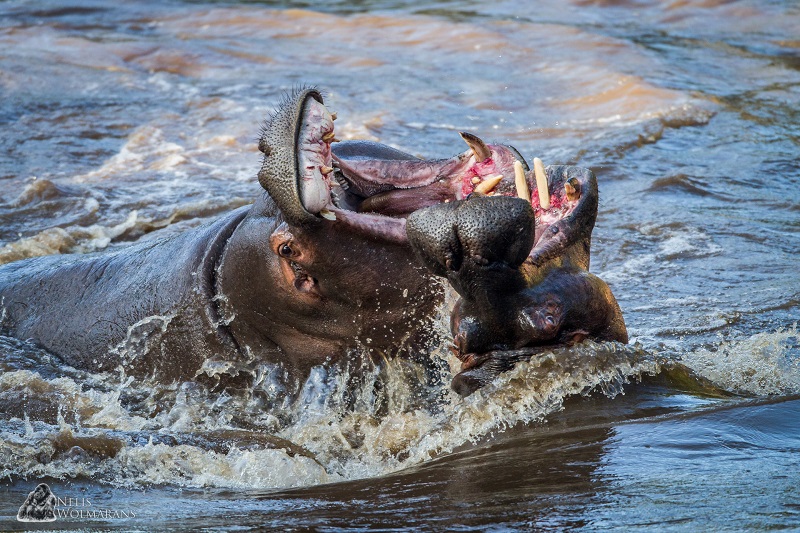 Combine huge body mass with an arsenal of razor sharp tusks, sheer determination and an inherit aggressive nature, these battles are epic and sadly in some incidents, fatal. Bull Hippos are territorial and wage battles over mating rights, in times of severe drought the instance of hippo fights is much higher as these animals now also wage war over waterholes that are large enough to comfortably sustain the pod. 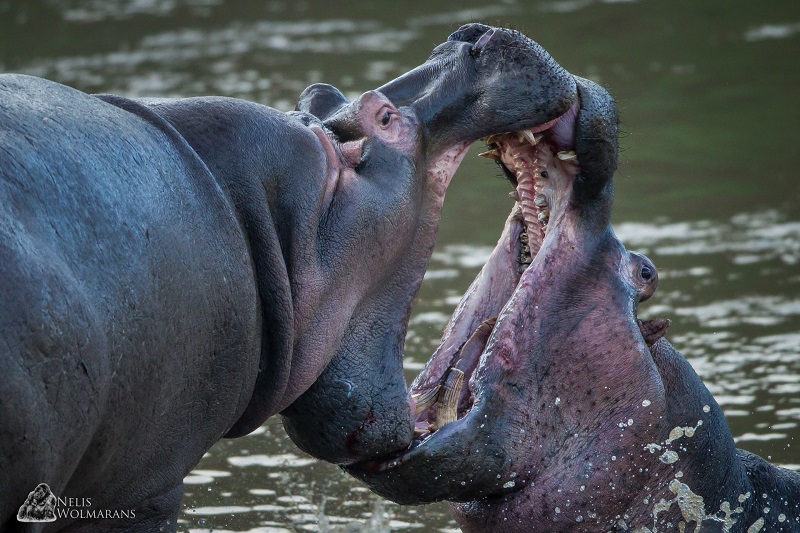 This clash of wills and show of strength kept us focused for more than an hour. Short intervals of rest would only see them return with added aggression and more determination. The other members of the pod had moved off to a safe distance but there was a lot of unhappy blowing and vocalization coming from them.

As the dominant bull stepped out of the water, we saw the extensive injuries inflicted by the challenger, he had not come out of this battle completely unscathed. Brutal as it was, this is by no means an isolated incident and made for an incredible photo experience.